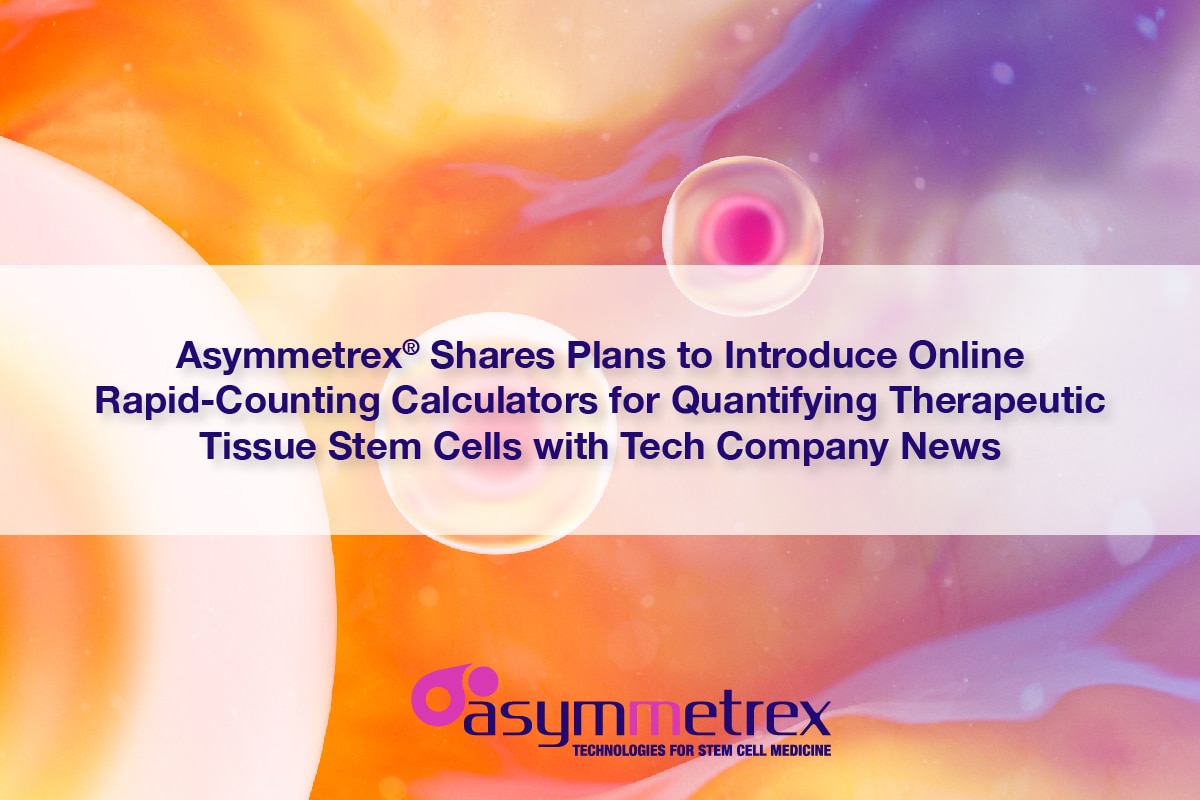 In an August 2 feature in Tech Company News, stem cell biotechnology company Asymmetrex®’s CEO disclosed the company’s plans to release its first generation of online calculators for rapid counting of therapeutic tissue stem cells. The company is previewing the new online calculator portals with selected members of stem cell science and stem cell medicine communities now in anticipation of a first preview to cell culture core facilities nationwide in September of this year.

TCN learned that online portals for the new rapid-counting calculators are already being evaluated by several academic groups and research agencies in the stem cell and regenerative medicine space. The company plans to have its first official launch of online rapid-counting calculator portals for free previewing by cell culture core facilities nationwide by mid-September of this year.

“By making them available to the directors of cell culture core facilities first, more stem cell investigators can get access to them sooner,” says CEO Sherley. “Every 3 to 4 months, Asymmetrex® will roll out new calculators into these portals for preview. And we can also provide custom rapid-counting calculators for user-specific stem cell sources and production conditions. Counting tissue stem cells accurately and fast is something stem cell science and stem cell medicine have needed for a very long time. It’s here now, and will appear in greater volume in September.”

About Asymmetrex®
Asymmetrex®, LLC is a Massachusetts life sciences company with a focus on developing technologies to advance stem cell medicine. The company’s U.S. and U.K. patent portfolio contains biotechnologies that solve the two main technical problems – stem cell-specific quantification and stem cell expansion – that have stood in the way of more-effective use of human adult tissue stem cells for regenerative medicine and drug development. Asymmetrex® markets kinetic stem cell (KSC) counting, the first technology for determination of the dose and quality of tissue stem cell preparations for use in stem cell transplantation medicine and pre-clinical drug evaluations. Asymmetrex is a member company of the Advanced Regenerative Manufacturing Institute | BioFabUSA (ARMI) and the Massachusetts Biotechnology Council (MassBio).