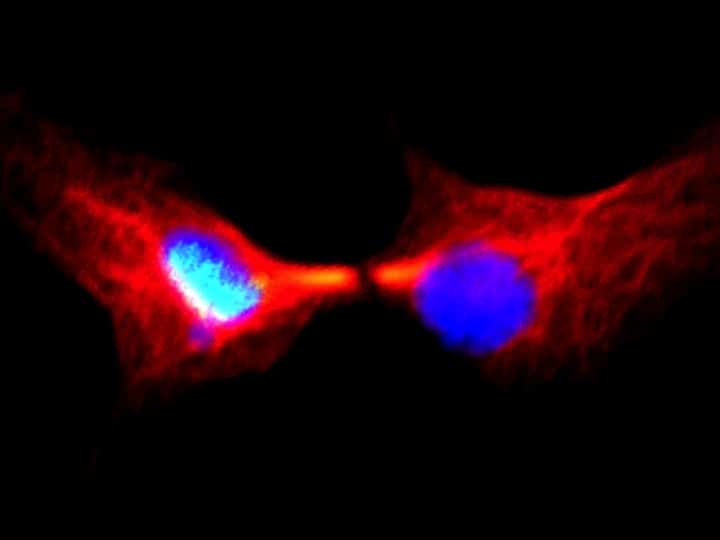 What does it mean for multiplying cells in the body to be immortal? The cell DNA is being replicated over and over again while being divided equally between new cells produced by cell divisions. All the new cell components produced by the DNA code are mixing with the old cell components and being divided between the new cells. So, every cell is a new cell. There is nothing really immortal about any of them. Right?

Not quite. Stem cells responsible for renewing other mature body cells are different. For a long time, tissue cell scientists had a somewhat nebulous idea that stem cells had a special longevity in organs and tissues – that they were immortal cells, lasting for as long as the human lifespan. However, no one had a molecular concept for this idea of stem cell immortality until John Cairns, a pioneer of DNA replication, started thinking about DNA mutations and cancer in the 1970’s.

Cairns predicted that stem cells did something unique with their DNA code. He said they held on to one strand of every one of their many chromosomes and never shared those DNA strands with the tissue cells they renewed. Cairns called these immortal DNA strands. Cairns argued that immortal DNA strands must exist to explain how immortal stem cells avoid higher cancer rates.

Asymmetrex director James Sherley calls the immortal strand hypothesis the Carpenter’s Rule for stem cells. Good carpenters avoid creeping measurement errors by using a ruler or the same piece of wood to measure duplicates. Too many DNA duplication errors in cells make them cancerous. Cairns proposed that stem cells were smart carpenters, keeping and using the same DNA strands for making their many replicate copies over the human lifespan.

The new report brings an important closure for an ingenious scientific deduction by a remarkable scientist, John Cairns, recently deceased. Now that normal human tissue stem cells are confirmed to have immortal DNA strands, scientists can get on with the business of leveraging this knowledge to a better understanding of tissue stem cells for improving human health.

Asymmetrex, LLC is a Massachusetts life sciences company with a focus on developing technologies to advance stem cell medicine. The company’s U.S. and U.K. patent portfolio contains biotechnologies that solve the two main technical problems – production and quantification – that have stood in the way of effective use of human adult tissue stem cells for regenerative medicine and drug development. Asymmetrex markets the first technology for determination of the dose and quality of tissue stem cell preparations for use in stem cell transplantation therapies and pre-clinical drug evaluations. Asymmetrex is a member company of the Advanced Regenerative Manufacturing Institute BioFabUSA and the Massachusetts Biotechnology Council.