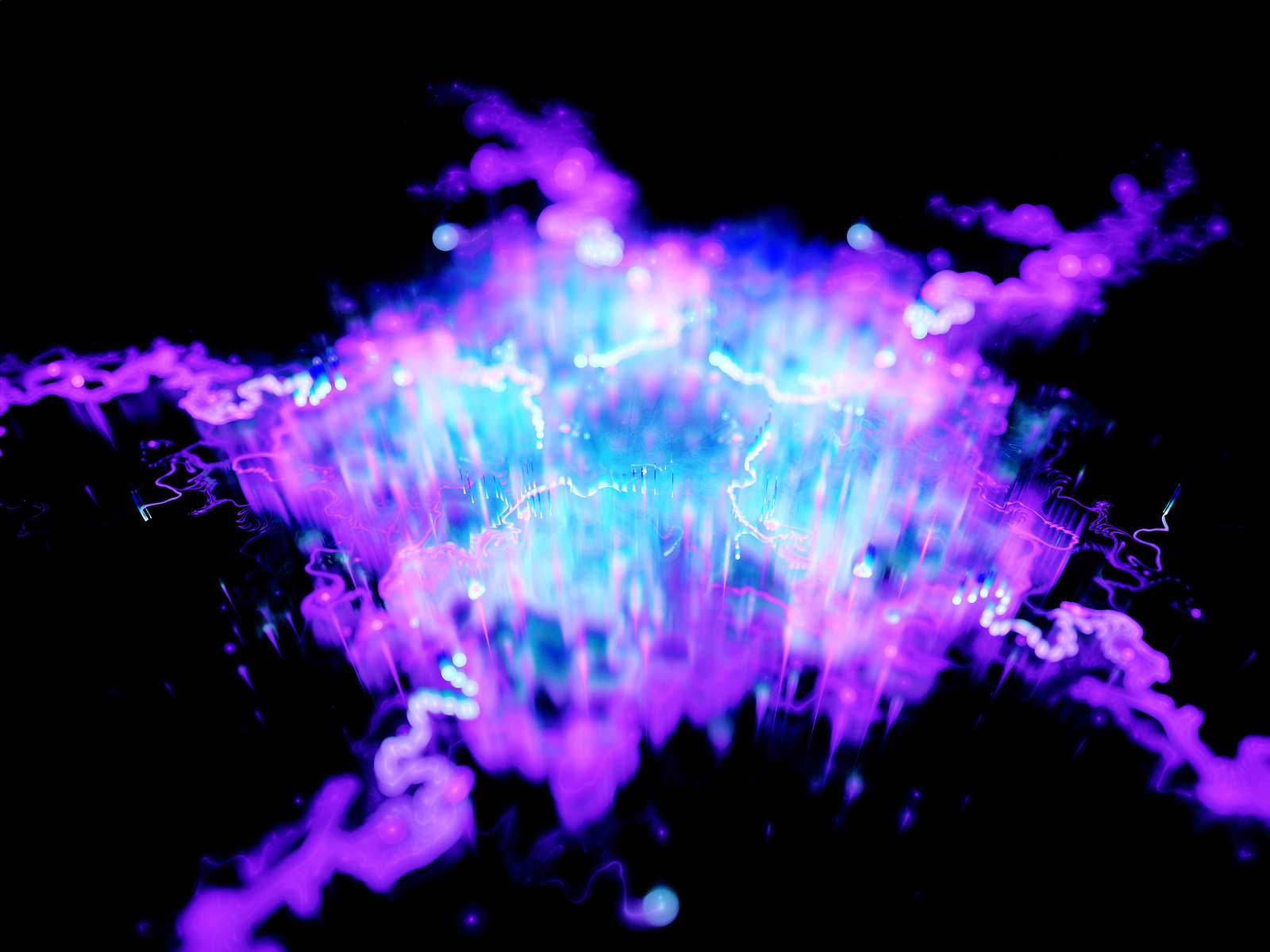 This exciting demonstration, is a “Super Like” for Asymmetrex!  #SuperLike

“A related article, http://journals.plos.org/plosone/article?id=10.1371/journal.pone.0022077, suggests a mechanism for #Tscm persistence; and measuring the mutation fraction of persistent marked stem cell clones could shed light on how.  #StemcellsManage #GeneticFidelity.”   Asymmetrex – May 1, 2015 “

“We now know these cell types are both endowed with remarkable longevity,” Biasco told Bioscience Technology. “However, Tscm have a higher proliferative potential upon encounter with the antigen.” Antigen are molecules on viruses, and some cancer cells, arousing T cell armies. “In the context of cancer immunotherapy approaches, Tscm, engineered to be re-directed against tumor cells, could be more effective than memory T cells at mounting an immune response against potential tumor relapses.”

“This is a very sophisticated analysis showing Tscm can persist in humans for 12 years,” Memorial Sloan Kettering Cancer Center geneticist Michel Sadelain told Bioscience Technology. Sadelain was uninvolved in the new study. Said gene therapy pioneer Alain Fischer to Bioscience Technology: “For gene therapy, this is good news. It confirms in a rigorous manner the long life span of T cells, suggesting that a ‘one shot’ therapy could work for life in correcting primary T cell immunodeficiencies.” Fischer, a Necker Hospital for Sick Children immunologist, was also uninvolved in the study.

The “important” new work offers “the best evidence so far of the long-term survival and multipotency of Tscm by tracking their clonal dynamics in humans over a period of up to 12 years,” National Cancer Institute (HCI) immunologist Luca Gattinoni confirmed to Bioscience Technology. Gattinoni, also uninvolved in the study, discovered Tscm with NCI immunologist Nicholas Restifo.

Gattinoni added that his team is “ready” to take Tscms to clinical trial.

When researchers tried to fix genes in mutated mature T cells, successes could be brief. When they fixed genes in bone marrow cells (hematopoietic stem cell (HSC) mixes), successes seemed more robust. The reason, it was believed: long-lasting HSCs, precursors to T cells, were more sustainable, and differentiated into a greater variety of T cells.

But in the early 2000s, some leukemias occurred. Certain retroviral vectors were landing on oncogenic DNA sites in cells of some XSCID (X-Linked Severe Combined Immunodeficiency) patients.

A moratorium was declared, and safer vectors designed. The field has rebooted and is seeing new successes.  But a big question remains: which cells are key to gene therapy success?

It was in 2011 that Gattinoni and Restifo reported discovering human Tscms.  They were stem cell-like—able to proliferate, persist (in mice), and differentiate into many different T memory cells—while remembering antigen from past invasions. The latter was a skill thought reserved for mature T memory cells.

The NCI crew also found these cells could be “way more effective” than mature T memory cells at “controlling tumor burden” in mice, according to a commentary on the 2011 report.

Was it possible some clinical gene therapy successes were due to these newly unearthed, resilient, immunologically intelligent T memory stem cells?

“High-throughput sequencing of retroviral vector integration sites allowed tracing the fate of more than 1,700 individual T cell clones in gene therapy patients after infusion of gene-corrected hematopoietic” cells, the new report said. “We shed light on long-term in vivo clonal relationships among different T cell subtypes, and we unveiled that Tscm are able to persist and to preserve their precursor potential in humans for up to 12 years.”

As Biasco explained to Bioscience Technology: “This study is based on the tracking of engineered T cells from a pioneering work that started in 1995 on ADA-SCID patients. The patients treated with this early gene therapy approach did not fully recover from the disease due to the fact that, although the main defect is in T cells, ADA-SCID is a complex metabolic disorder that affects a wide range of other different cell types. For this reason a second trial, based on the engineering of HSCs, has been more successful in stably correcting the disease phenotype.”

Still, Biasco said, for years, potential T cell precursors in infusions were overlooked due to an assumption that, “after in vitro manipulations based on heavy T cell stimulation, no T cell precursor could be left for infusion.” This was challenged by Gattinoni’s 2011 description of “long lasting Tscm that, even after antigen encountering and stimulation, are able to preserve precursor potential and provide an in vivo reservoir of memory and effector cells.” It became possible “to conceive that even after in vitro manipulation, precursor cells can be present in the infused T cell product. We addressed this in the paper showing this was indeed the case for patients treated with T cell gene therapy for ADA-SCID.”

Another advantage of Tscm: they may be safer than more pluripotent HSCs. There has been some fear, Gattinoni told Bioscience Technology, that HSCs played a role in earlier cancers. “Retroviral vectors have intact viral promoter sequences with powerful enhancers that can activate nearby genes, in some cases oncogenes. This can be insufficient to transform mature T lymphocytes. [But] long-term survival of precursor cells might expose them to second-hit mutations.”

Biasco noted that in previous work his team “showed that the insertion profile is different when targeting T cells or HSC…Upon gene transfer, T cells are much less likely to host insertions in the proximity of known oncogenes associated with insertional mutagenesis in HSC-based trials (like LMO2 and MDS-EVI1). This per se reduces significantly the risk of developing adverse events.”

Biasco told Bioscience Technology it was known mature memory T cells can persist, as this can be “inferred by the fact that our body can preserve, for a long time, an immunological memory of antigen.” But survival of individual clones was not measured before “because there was no way to track an individually marked clone over years. Retroviral vector integrations allowed us to do so and to give exact numbers on the clonal persistence of Tscm and memory cells: 12 years after infusion…and counting.”

The lack of mutagenesis is key, say peers. “Importantly, the study shows that random retroviral integrations do not enrich for proximity to oncogenes, and cause clonal expansion via insertional mutagenesis” as occurred in some past HSC trials, Sadelain told Bioscience Technology. “This is good news for the eventual engineering of Tscm for cancer immunotherapy.”

Fischer told Bioscience Technology:  “This paper shows the long-term persistance of T cell clones following stem or T –transduced cell” transplant. “They took advantage of gene marking of cells to study the in vivo characteristics of a given T cell subset , Tscm, showing persistance over at least 12 years.“ There will soon be many such studies  to aid understanding of HSCs and lymphocytes.  “A surrogate outcome of gene therapy where clinical science can contribute to basic.”

Sadelain cautioned that Tscm “have very attractive properties, but are scarce. It would be essential to find a way to expand them.”

He said the new findings don’t yet apply to cancer immunotherapy, since “the T cells are not just genetically marked, but are given a survival advantage (the ADA correction).” He would like to see Tscm given genetically engineered direction—as with T Cell Receptor (TCR) and Chimeric Antigen Receptor (CAR) T cells—to “redirect their specificity and change their prospects for differentiation and survival. In the case of CARs, which reprogram T cell function and differentiation, it remains to be shown whether Tscm are a good vehicle.”

Sadelain concluded: “The contribution of this study is that Tscm have considerable potential for immune reconstitution and can be retrovirally engineered with far lesser safety concerns than apply to HSCs.”

However, Gattinoni said his NCI team “can now generate large numbers of these cells by activating naïve T cells in the presence of GSK-3ß inhibitors. During Tscm induction, T cells can be redirected to target tumor cells by genetically engineering a tumor-reactive TCR or CAR.  In the past year, we developed a manufacturing procedure to generate clinical grade CD19-Specific CAR modified Tscm cells. We are ready to test them in a phase 1 clinical trial for the treatment of patients with B cell malignancies refractory to prior allogeneic HSC transplantation.”

He said his lab’s preclinical work showed Tscm “are superior to central and effector memory T cells for treating tumors.”

AsymmetrexT Memory Stem Cells May Be Key to Gene Therapy05.01.2015