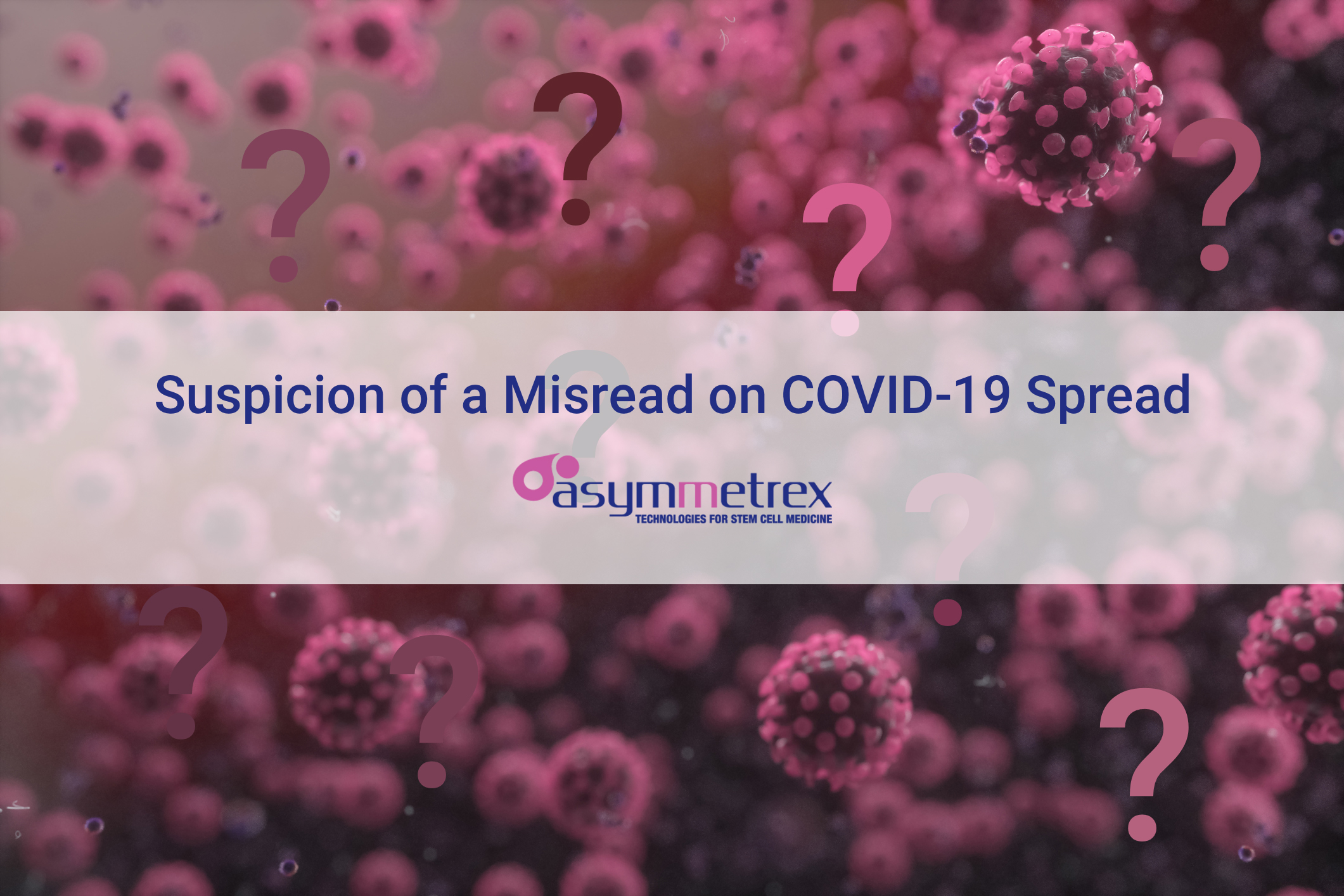 Based on interrogation of public coronavirus data, Asymmetrex Director Sherley reports suspicion of a misread on COVID-19 spread

In a preprint posted on medRxiv, Asymmetrex Director James Sherley reports the discovery of surprising relationships between how many positive coronavirus tests are found and how many tests were given.  Everyone recognizes that if no tests were given, there would be no positive tests.  And it is expected that, if there is coronavirus in people in a place, more testing will discover more cases.  But it would be surprising if, after thousands of tests were performed, all countries worldwide – or nationwide in the case of the U.S. – would show numbers of positive tests that were directly related to how many tests were given.  It’s hard to imagine that a point source of virus spread could become so uniformly distributed so soon.  But that is exactly what Director Sherley found when he reviewed WHO and U.S. CDC data that are publicly available.  The correlation is particularly impressive for the U.S., approaching the extreme case of all positive test numbers being due to the test itself and not a rapidly spreading coronavirus.

In addition to his expertise and experience in developing tissue stem cell counting tests, Sherley is trained as an epidemiologist.  His training began in cancer epidemiology for cancer prevention and control at the Fox Chase Cancer Center in Philadelphia.  Thereafter at MIT, in addition to cancer research and stem cell research, he led environmental health science research projects and taught undergraduate courses in epidemiology and biostatistics.  The principles of epidemiology test design and evaluation were a main focus of his teaching.

In his medRxiv preprint, Sherley suggests two other possible explanations, in many cases, for remarkable numbers of positive coronavirus tests.  Either or both explanations may be correct.  One is that current tests being used make mistakes a lot, calling people positive about 10% of the time, when they have no virus infection.  The second is that the virus has not recently spread to the U.S. from the 2019 event in China.  Instead, the virus may have been already present in the U.S. population, with a detectable level in about 10% of people.  Sherley advises that if either of these explanations is a factor in the current picture of the coronavirus crisis, then that picture needs to re-drawn quickly.  He also chides government scientists that they should have performed analyses to rule out these possible factors much earlier.