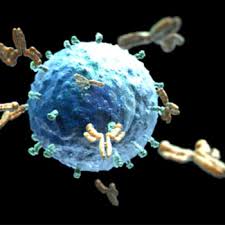 In their recent comment in Nature arguing that the use of only recombinant antibodies in research would significantly improve reproducibility, Bradbury and Plückthun make the freshman error of becoming so enraptured with the envisioned positive aspects of their ingenuity that they do not consider the many negative ones.  Even if the authors are forgiven for glossing over the cost of achieving the proposed standardization and for ignoring the vast number of antigens investigated in biomedical research worldwide besides the 20,000 human proteins they suggest, there are other failings that we cannot allow.  The unique avidity of polyclonal antibodies, which the authors would eliminate altogether, cannot be replaced by monoclonals.  Whereas recombinant standardization might remove some causes of antibody variability, others would persist, and new ones would be created.  Whether produced by for-profit companies, non-profit consortia, or government-sponsored agencies, the current quality control challenges would remain; and producing antibodies in heterologous cells would present a new host of variations in protein modification and protein folding.  The proposal is particular naïve in its expectation that standardization based on DNA sequence would yield more reliable antibodies than current tests that evaluate antigen binding directly.

To save millions of dollars and dramatically improve reproducibility, protein-binding reagents must be defined by their sequences and produced as recombinant proteins, say Andrew Bradbury, Andreas Plückthun and 110 co-signatories.

Click here to view entire article as a PDF.