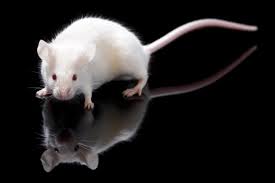 Although sometimes journalists may not get a new science report exactly right in their re-telling of it, they are not responsible for the recent misinformation on cancer causes.  The authors and editors are.  Even more problematic than the many indictments of technical shortcomings in the quality of the data and analyses, the authors misrepresented their rationale, observations, and interpretations as novel.  Their main irresponsible act, which precipitated the storm of criticism, was failing to cite many relevant cases of prior research.

January 15, 2015
Story by Jennifer Couzin-Frankel    Original Article in news.sciencemag.org
Two weeks ago, Science published a paper by Bert Vogelstein and Cristian Tomasetti of Johns Hopkins University, which put forth a mathematical analysis of the genesis of cancer and sought to explain variations in risk at different tissues. The paper, and especially the news coverage (including by Science) that followed, came under heavy criticism and generated hundreds of comments. Journalists were accused of misinterpreting the study’s results. Although some praised the paper for elucidating the role that chance—the accumulation of random mutations in stem cells—plays in cancer, others argued that the authors’ conclusions were flawed or oversimplified. Science examines how this story was communicated and the challenges inherent to streamlining complex biology and statistics for experts and nonexperts alike.
Read the Full Text. (Login may be required.)
AsymmetrexBacklash Greets “Bad Luck’ Cancer Study01.20.2015