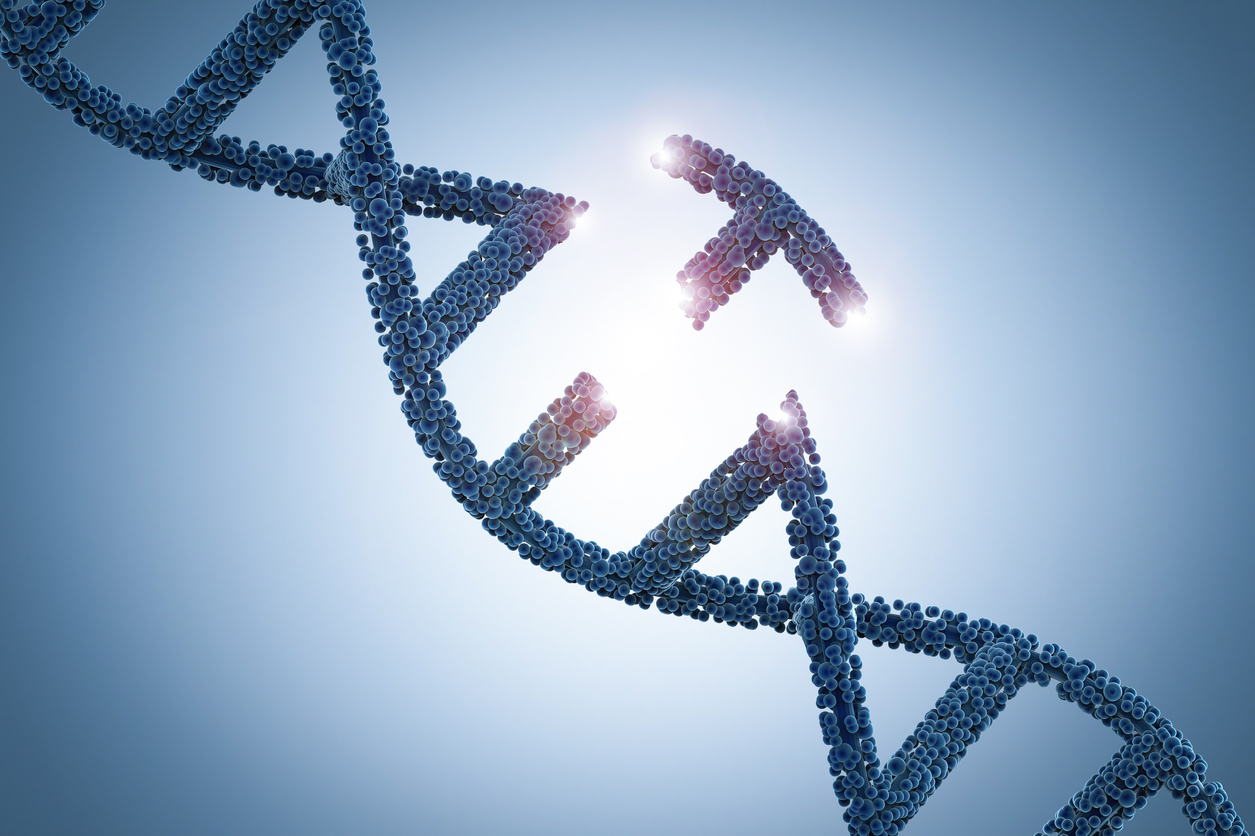 Four months ago, alarms were set off by two reports showing that CRISPR-Cas9 gene editing of non-transformed human cells occurred with a high frequency of carcinogenic mutations in the p53 cancer gene. Though some experts worried that there would be no easy solution to this problem, published in today’s October issue of The CRISPR Journal, stem cell biotechnology company Asymmetrex suggests a simple stemgene solution based on an often overlooked function of the p53 gene in adult tissue stem cell kinetics regulation.

On June 11 of this year, two reports published in the journal Nature Medicine caused the emerging field of gene-editing therapeutics to hold its collective breath. Two different research teams independently found that CRISPR-Cas9 gene editing of non-transformed human cells occurred with a high frequency of p53 gene mutation. Mutations in the p53 gene have the distinction of being one of the most common genetic alterations in human cancers, and p53 mutations promote the formation of cancers in many different human organs and tissues.

Warnings have been sounded in both the scientific press and business press that this newly recognized problem with the highly regaled CRISPR-Cas9 technology could compromise or even preclude its envisioned future as a versatile, powerful new therapeutic. Uniformly, scientific experts have explained that the new failing is caused by the editing actions of CRISPR-Cas9 provoking p53-dependent cell death programs. As a result, only edited cells that start with or obtain p53 mutations, which disable the cell death programs, would be obtained.

This explanation, favored by most gene-editing and p53 gene experts, leaves the gene-editing field in a pickle. There is no apparent simple fix for it, and even years of future research might not yield a suitable remedy. Some experts have suggested that the new therapeutic field might have to limp forward with patients weighing the benefits of therapy against the risk of therapy-induced cancers.

Today, a brief essay, published in The CRISPR Journal, suggests a way out of this troublesome situation. James L. Sherley, M.D., Ph.D., founder and director of Asymmetrex offers a different perspective on the cause of the June 11 CRISPR-Cas9 findings. Asymmetrex was founded on research that identifies the p53 gene as a regulator of adult tissue stem cell kinetics and intellectual property that leverages this insight to identify, quantify, and expand adult tissue stem cells.

Sherley proposes that tissue stem cells are the only cells in the studied cultures that have the multiplication capacity required to produce large gene-edited cell clones. However, normal p53 causes stem cells to undergo continuous asymmetric self-renewal divisions, which keep their numbers low. So, normally after an editing event, their number remains small. In contrast, if stem cells obtain a p53 mutation, their asymmetric self- renewal shifts to symmetric self-renewal, which promotes exponential expansion of large, edited clones that have p53 mutations.

Asymmetrex holds patents for using naturally occurring cellular factors to shift adult tissue stem cells, from diverse organs and tissues, from asymmetric self-renewal to symmetric self-renewal while maintaining normal p53. The action of these factors is reversible. So, in addition to providing an alternative explanation, Sherley’s response offers a simple solution. Adding the Asymmetrex factors to culture medium in gene-editing experiments is predicted to yield edited clones that retain normal p53 expression. Removal of the factors will restore edited stem cell clones back to asymmetric stem cell function for use in therapeutic applications.

Although gene editing is not a specific interest for Asymmetrex, the company is interested in developing stem cell-related tools to better enable the new therapeutic discipline. Sherley has written previously on the idea of “stemgene therapy.” Regarding his current proposal, he says, “It’s a simple test that could address a major problem for gene editing. They can try it with or without involving Asymmetrex at first, but involving us sooner would be wiser.”

Asymmetrex continues to pursue gene therapy and gene-editing companies to develop partnerships based on the company’s unique stemgene-enabling stem cell counting and stem cell expansion technologies. Because successful targeting stem cells is a crucial aspect of achieving durable gene therapies, both of these capabilities have singular potential for advancing gene and gene-editing therapeutics.

Asymmetrex, LLC is a Massachusetts life sciences company with a focus on developing technologies to advance stem cell medicine. Asymmetrex’s founder and director, James L. Sherley, M.D., Ph.D. is an internationally recognized expert on the unique properties of adult tissue stem cells. The company’s patent portfolio contains biotechnologies that solve the two main technical problems – production and quantification – that have stood in the way of successful commercialization of human adult tissue stem cells for regenerative medicine and drug development. In addition, the portfolio includes novel technologies for isolating cancer stem cells and producing induced pluripotent stem cells for disease research purposes. Asymmetrex markets the first technology for determination of the dose and quality of tissue stem cell preparations (the “AlphaSTEM TestTM”) for use in stem cell transplantation therapies and pre-clinical drug evaluations.