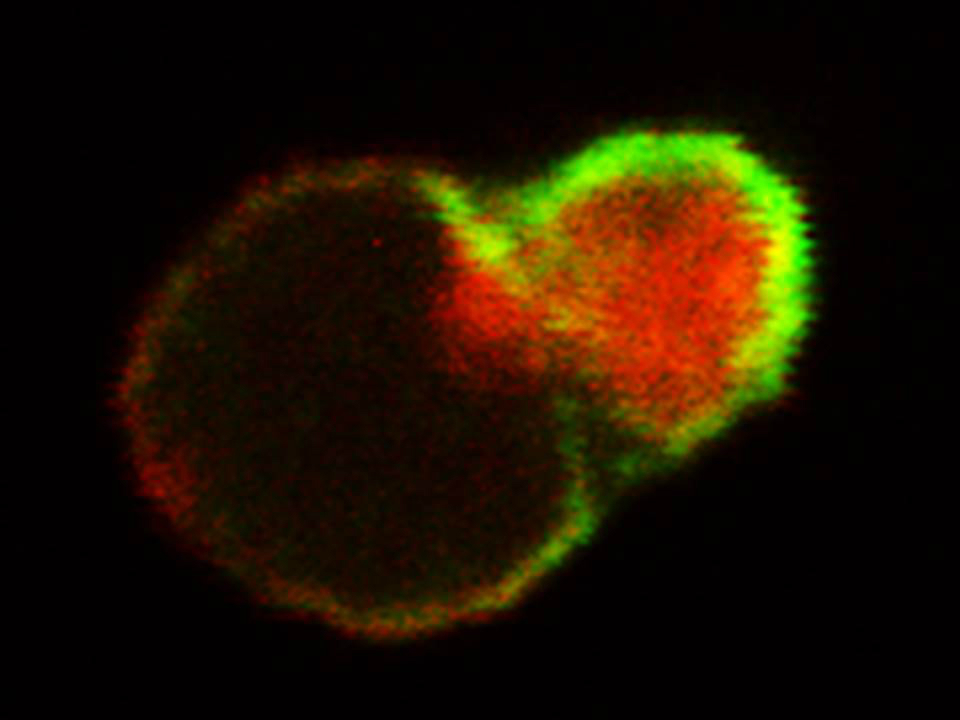 James Sherley says he has been working towards Asymmetrex’s new advance in adult tissue stem cell technology since his days as a principal investigator at the Fox Chase Cancer Center (FCCC) in Philadelphia in the late 1990’s. Sherley founded Asymmetrex as a new Boston biotech start-up last year. The company holds all the intellectual property developed in Sherley’s research over the years since FCCC, first as a professor at the Massachusetts Institute of Technology (MIT), and more recently as a senior scientist at the now closed Boston Biomedical Research Institute.

The basic concept for Asymmetrex’s new technology was first published in 2001, after Sherley’s arrival to MIT in 1998. The report introduced the new concept that the characteristic limited cell output of human tissue cell cultures was caused entirely by the special multiplication pattern of adult stem cells in the cultures – known as “asymmetric cell kinetics.” Sherley recounts, “My idea was pretty much ignored by everyone,” because of a very popular ten-years older hypothesis to explain the short growth period of human cell cultures. The preexisting explanation, which was based on the concept of shortening chromosome ends, called telomeres, is still widely accepted today.

At the time of its first report, Sherley’s asymmetric cell kinetics theoretical concept was lacking a quantitative model that could be used to test it. This situation began to change in the summer of 2011, when he met Dr. Frank Abdi, Chief Scientist of the Long Beach California company AlphaSTAR Corporation (ASC). The two were at a research conference organized to bring engineers and biologists together to inspire interdisciplinary research in the new field of bio-mesomechanics.

ASC develops computer simulation analyses to predict the physical failure of complex composite materials used to build aircraft, racing cars, and other high stress transports like the space shuttle. In the ensuing period after the 2011 introduction, ASCTC was founded, and the two companies integrated their respective expertise to produce the first-of-its-kind quantitative asymmetric stem cell kinetics model for human tissue cell cultures.

During its development, Sherley has described the concept for the new technology in brief in biotechnology and pharmaceutical industry forums. However, his talk at the Novel Stem Cells & Vesicles Symposium, organized at Rhode Island Hospital by Brown University’s National Institutes of Health Stem Cell Biology Center of Biomedical Research Excellence (COBRE), will be the first presentation in an academic research forum. Dr. Sherley will discuss how the asymmetric stem cell kinetics model not only quantitatively accounts for human cell culture properties, but also accounts for features for which the telomerase shortening concept cannot.

As a first commercial target, Asymmetrex and ASC are developing the new technology’s ability to provide an early screen for drug candidates that would fail later at more expensive places along the drug development pipeline due to tissue stem cell toxicity. Toxicity against tissue stem cells is one of the most devastating forms of drug toxicity. The new technology could save the U.S. pharmaceutical industry as much as $4 billion of the estimated $40 billion that it spends on failed drug candidates each year. Besides reducing cost and accelerating development of needed new drugs, the new tissue stem cell monitoring technology would also reduce the exposure of patients to particularly harmful drug candidates.