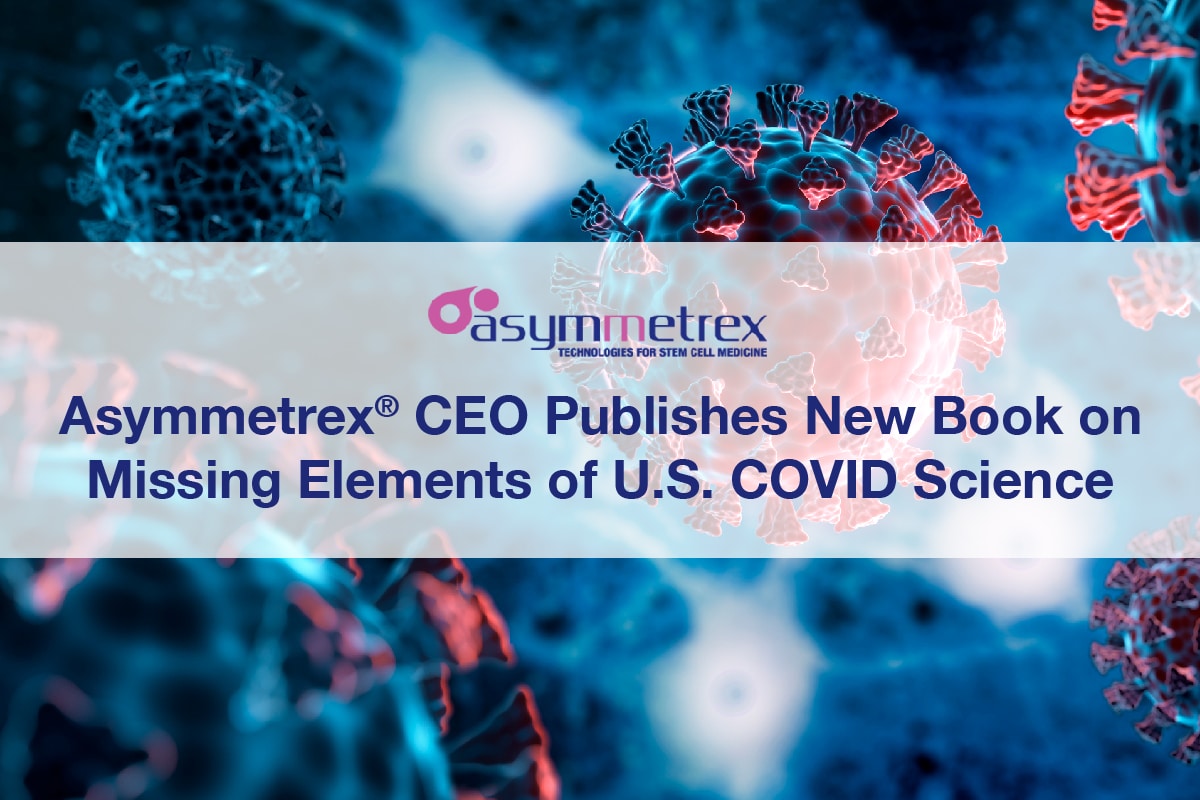 The President and CEO of stem cell biotechnology company Asymmetrex also has training and research expertise in environmental health science and epidemiology. Cambridge Scholars Publishing recently released a book authored by him that takes a critical look at missing scientific elements in the public science supporting the COVID-19 spread narrative in the U.S.

Sherley was the head professor for environmental health and epidemiology studies taught to students at the Massachusetts Institute of Technology from 1998-2007. At MIT, his research included collaborative studies investigating asthma and other respiratory illness in Massachusetts populations including Boston and Springfield, Massachusetts. Sherley’s graduate research training was in a well-known molecular virology laboratory at the Johns Hopkins University School of Medicine. As a medical student at Hopkins, he did his intensive care training in pulmonary medicine. Sherley shares, “This background, as well as my early exposure to the principles of epidemiology for cancer as a new principal investigator at the Fox Chase Cancer Center in Philadelphia, made me quickly realize that some pretty important principles and practices were missing from the COVID science that I was hearing and reading about.”

As related in his new book, Missing Elements in the Public Science Supporting the COVID-19 Spread Narrative in the U.S., Sherley initially wrote and submitted a research report that described his concerns with scientific data analyses. After being turned down for review by 10 scientific journals, that report still languishes as an unreviewed post in MedRxiv. He then turned to op-eds and letters-to-the-editor of his local newspaper, The Boston Globe, and met a similar mute response. After several personal post of his concerns to the public on LinkedIn, he decided that a book was the only remaining option.

The book that Sherley wrote has the stated goal of being accessible to non-scientists. However, the problems it identifies in U.S. COVID science will also capture the attention of scientists and health professionals. Sherley says he wrote it for his non-scientist family and friends and the many Americans who are surviving COVID in similar ways, for the elected and appointed government officials who set U.S. COVID response policies, and for the members of the news media who report on both the science and the policies.

Missing Elements… is a short 105 page read. Sherley says that reading it will fill in several important gaps in current U.S. COVID science that would reorder how Americans are thinking about and managing COVID. If you ask Sherley what the new book has to do with stem cells, he smiles. “Whether you are talking about stem cell science or COVID science, maintaining the highest level of scientific and ethical integrity are the most important things.”

Asymmetrex, LLC is a Massachusetts life sciences company with a focus on developing technologies to advance stem cell medicine. The company’s U.S. and U.K. patent portfolio contains biotechnologies that solve the two main technical problems – stem cell-specific quantification and stem cell expansion – that have stood in the way of more-effective use of human adult tissue stem cells for regenerative medicine and drug development. Asymmetrex markets kinetic stem cell (KSC) counting, the first technology for determination of the dose and quality of tissue stem cell preparations for use in stem cell transplantation medicine and pre-clinical drug evaluations. Asymmetrex is a member company of the Advanced Regenerative Manufacturing Institute | BioFabUSA (ARMI) and the Massachusetts Biotechnology Council (MassBio).